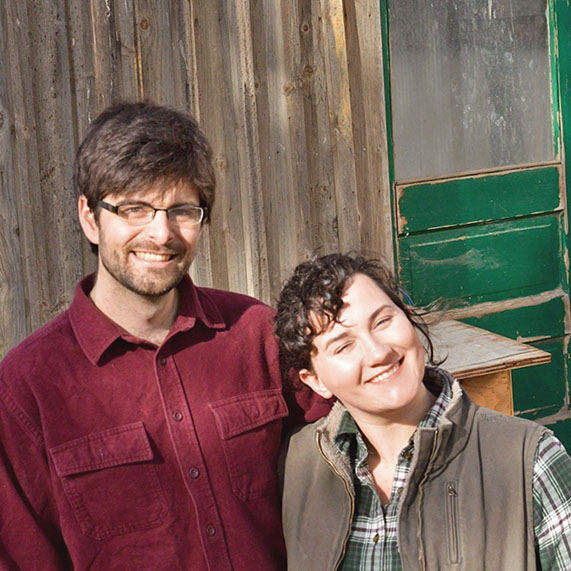 “My Father and I were teasing each other that our gardens were too big. We had more food then we could deal with, and we needed to make it start paying for itself.” – Ames Fowler Since moving with his family to Moscow in 7th grade, Ames Fowler of Hands and Hearts Farm has always been involved in gardening and caring for the land. He raised sheep for many years and has a sister in agricultural education who teases him that he learned to farm on YouTube (which he says is not untrue). Fast forward to 2018, Ames is farming his second season with his wife Delaney Piper and his parents Norman Fowler and Helen Brown. Together they are running a pilot CSA with five full shares. Between juggling farming, full-time jobs, and a masters degree, Ames and family see their farm as a practice farm, learning as they go and adapting. Ames jokes about being YouTube educated, but he, Delaney, and Norman all completed farm classes through Cultivating Success in their early steps to becoming the farmers they are today.

Hands and Hearts Farm is a diversified farm just outside of Moscow. It seeks to provide local, farm-fresh meat, eggs, produce and cut flowers. They do this by focusing on growing biodiversity, supporting healthy soils, and raising happy animals. Say hello to Hands and Hearts Farm at the Tuesday Community Market in Moscow, the Pullman Farmers Market, and on Facebook.